Today we had the first of our two visits from the Explorer Dome!

Here’s what the children thought:

“I popped a balloon with fire! There was fire on a stick and gas in the balloons!” Alex

“There were lots of exploding balloons! Fire came out of the balloons and I got to burst the balloons!” Louis

“There were balloons and some people got to pop them with a stick. Lots of colours came out of the balloons, pinky purple and green were the best!” Alfred

“I liked the rockets that blasted up really high! I didn’t even blink my eyes because they were so fast!” Albie

“I really enjoyed it as there were lots of fun things and lots of chemicals and explosions! The special gasses made the explosions using copper” Sophia

“The scientist put solid carbon in mini rockets and turned them upside down and they blasted up as high as the roof, even past the projector! He even caught the last one!” Finley

“I think it was really scary, I almost fainted! The last one was the most shocking – it was a huge ball of green fire! It made me jump and I nearly fell over. Sam and I want to recreate some crazy science experiments, but we will have to ask our parents!” Ben

“At the end I got to stand up and I burnt the balloon, it was like lighting a cake with a massive candle. It was really fun and something you don’t get to see every day!” Nia

“It was really exciting and fun. There were lots of cool stuff with fire and different coloured flames. There were different gasses which made the explosions happen; calcium, copper and lithium” Peggy

“He popped the balloon really close to me and it made a really loud explosion. It had red, green and orange flames. I liked the green one the most as it’s my favourite colour. It was much better than science lessons in the classroom!” Jake

“I thought it was really exciting to see the different explosions and why it happened. My favourite was the rockets with the carbon dioxide and gasses. Mixed together they blew the lids off!” Ted

“It scared me and made me jump, but I really liked the different coloured flames – especially the pink one!” Maisie

“It was amazing- it was really hard to take it all in. There were so many experiments, which resulted in explosions and gasses blowing things up!” Pippa

“I just cannot believe it. We watched real science experiments just in front of us, blowing up balloons, fire every where and learning about the gasses which mixed and caused the explosions. Great fun!” Andrew

We have our second visit next Friday, 28th January. 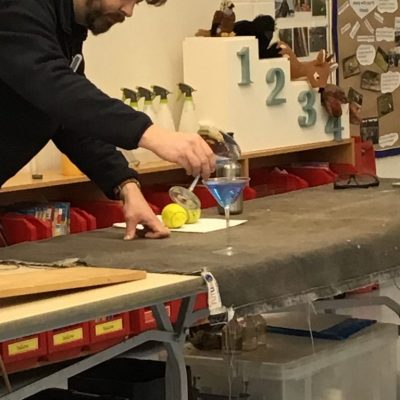 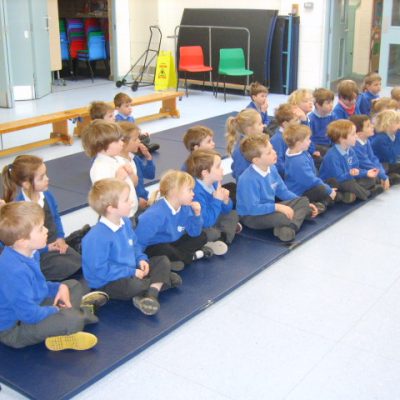 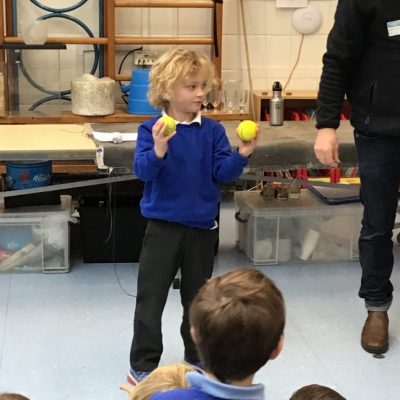 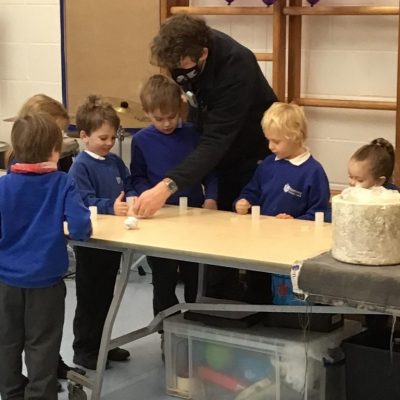 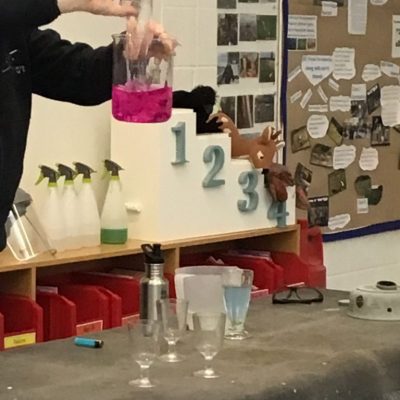 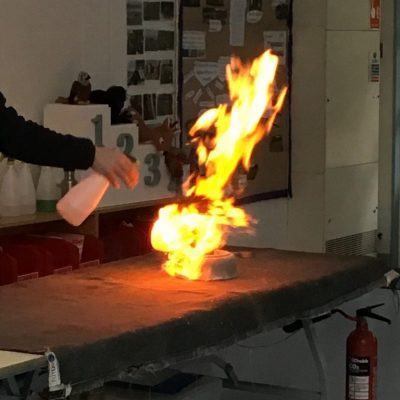 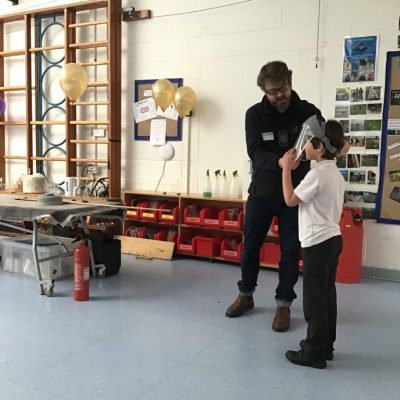 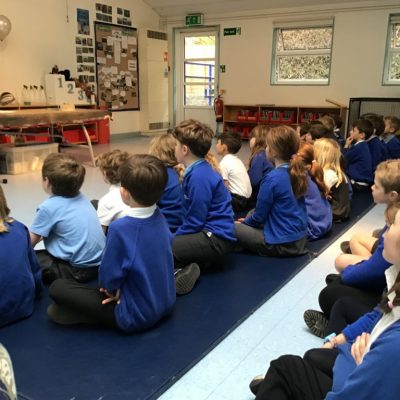 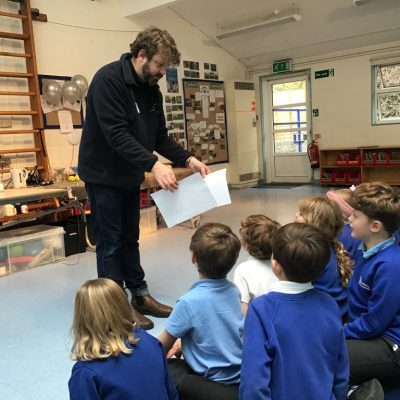 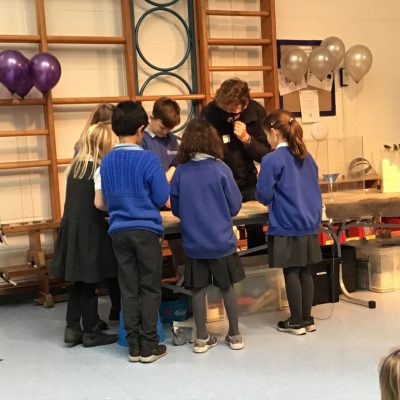 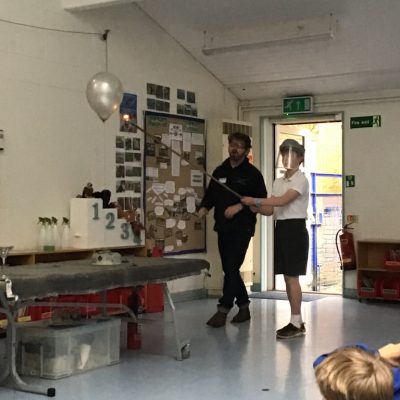 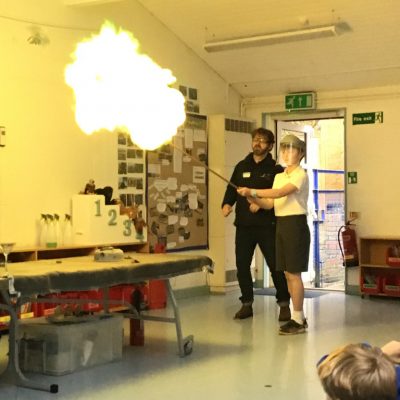 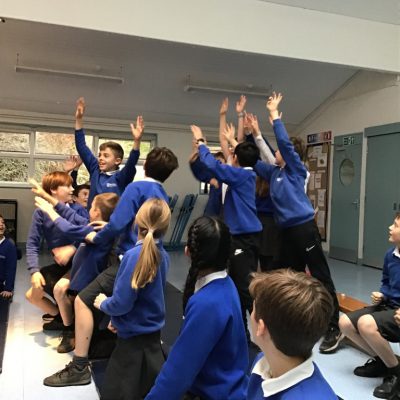 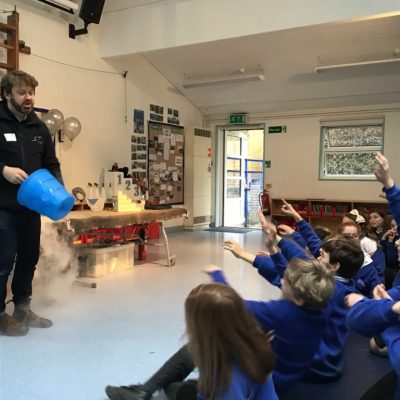 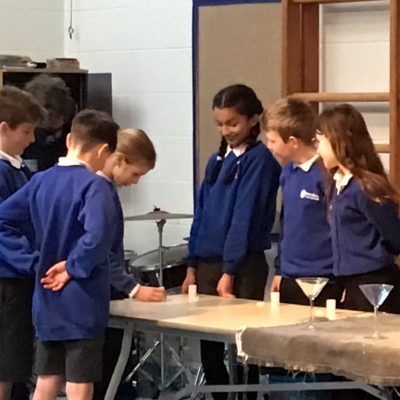