The children who took part in the after school hockey club and those who attend the Street Hockey club, yesterday went to a Hockey Tournament at Marlborough College.

We had three teams from Ramsbury take part. One team came home with the Team Spirit award and one team won the whole competition, coming home with a Golden Ticket! Well done to all who took part.

“In the morning we arrived at the astro turf hockey pitches at Marlborough College. Next the Quicksticks team, James, Darcy, Zara, Olivia and Ollie headed up to the pitches and practiced for their tournament. The people that weren’t in the Quicksticks team also warmed up.

Once the matches had started, Miss Miles said we had to take our hats off like the professionals. Everyone enjoyed their cold first match until the end because we had to go back to our bags and it was freezing as we weren’t moving.

Next we played more matches then it became a little warmer. The Purple Team progressed to the semi-finals, having won all their matches. All the teams in the local schools were cheering either Ramsbury or Great Bedwyn on. Once the match had finished, Ramsbury winning 2-1, the Quicksticks team came down to where the final would be held and they all said it was great fun.

Just after the final started, Aldbourne scored an amazing goal, but Ramsbury managed to come back winning 2-1.

Everyone was really pleased of their result, the Purple Team went home with gold medals!”

By George M and Arthur, Class 5 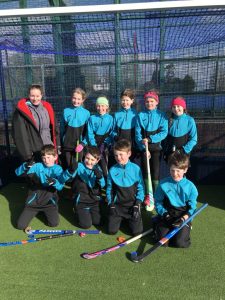 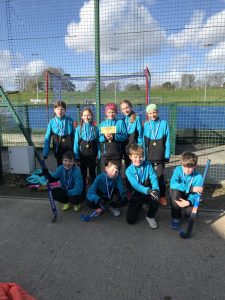 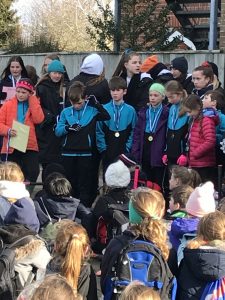