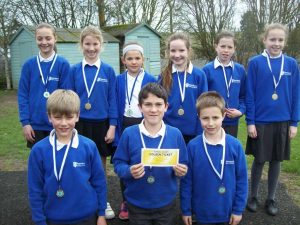 I think i enjoyed playing St Michael’s more because they really pushed us. Now we are going to the County Finals and are really looking forward to it.

Some children from Classes 5 and 6 attended the QuadKids athletics festival yesterday. In the...

Class 5 went to St Francis School for a Music Cluster Festival to celebrate the...

This morning’s Sing Up had a wonderful Disney theme! Led by Disney’s biggest fan, Mrs...

This is us at the Roman Villa in Chedworth. It was a beautiful sunny day...

Today we celebrated the Queen’s Platinum Jubilee, with a very special visitor… The children arrived...