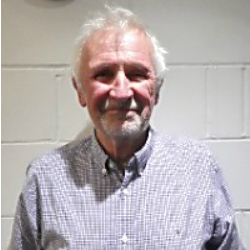 I have lived in Ramsbury since 1984. I moved to Wiltshire to manage various building projects. Having retired from fulltime employment, I was invited to join Ramsbury Primary School’s governing body in 2009, specifically to help deliver the building still affectionately referred to as Our Great New Space.

I have stayed on as a Governor for 10 years, becoming involved in a number of smaller projects. We are about to embark on the biggest project since the school was built; a complete new roof, something we have been seeking for over 5 years.

I have also served on the staffing committee and I have probably interviewed more potential staff than anyone (except for Miss Price!). As a key holder living in the village, I have also probably been called out in the middle of the night more than anyone, several times merely to see bats and once when I was in Italy!

Translate »
This site may use third party cookies: Find out more.