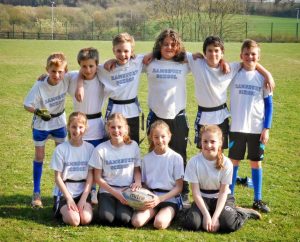 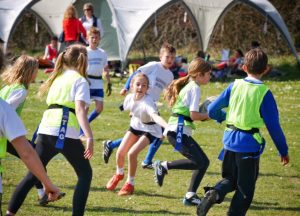 In the morning once we had arrived we were given tag belts and told what pitch we had to play on. We played 4 different teams twice and the results from these matches put us into a second pool for the afternoon matches. My team were in a pool against 3 Great Bedwyn teams that were all very good!

We played all the teams and won 6 but lost 2. After the second pool the results were gathered in and we found out what position we came. My team did extremely well and came 2nd out of the whole tournament, 16 teams! We were very proud of ourselves.

Everyone from Ramsbury played really well and tried their hardest. We all had a great day.

Welcome back to school everyone! We hope you had a wonderful Christmas and New Year....

This year, the PTA put on an amazing Winter Wonderland Christmas Fayre after school on...

Ramsbury Primary took part in the annual Santa Dash today, with all of our children...

This morning, we had our youngest flautist in Ramsbury Primary play in our assembly. Annabel...