We were on BBC Radio Wiltshire!

Elli from Class 6 started the conference by welcoming everyone and asking the attendees to introduce themselves, shortly followed by Darcy with apologies from those who could not make the conference.

The Class 6 children then took it in turns to outline their campaign and the reasons behind it. They screen shared images and videos of the problems they discussed, allowing a snapshot of the plastic pollution in Ramsbury. They supported their findings with facts and observations;

“Did you know that only 9% of plastic ever made has been recycled? And there is plastic everywhere!” Daisy D.

“To this day, 30% of the fish we eat has plastic in it. Microplastic pollution also causes significant damage to populations of soil-dwelling mites, larvae and other tiny creatures that maintain the fertility of the land. The tree guards are meant to be removed after 5 years, but this is not the case” Arthur.

“Tree guards are left to disintegrate and become buried amongst the trees. But plastic never goes away – it does not biodegrade” Oscar.

They continued to offer compostable alternatives to tree guards, asking for the attendees help in trialing new inventions. They also outlined their next phase of the campaign, to inform the government of the problem and to try to make a law that no one can make single-use plastic.

“Please work with us to change the law about single-use plastic. Trees are brilliant – they produce oxygen and filter out carbon dioxide! They are vital for the world! But we need to plant trees – not plastic!” Elli.

Tim Eliot-Cohen from Hilldrop Farm praised the children saying he thought it was the ‘the most admirable, brilliant campaign…congratulations to the organisers – excellent effort’. He confirmed he will help out in any way he can and said even his 4-year old daughter would be keen to put on a high-vis jacket to help pick up litter around the village!

Andy Barnwell from Ezeetrees, presented his 100% sustainable products that are available to the market, to replace plastic.

Nicola Hume, Reforesting Scotland stated ‘I am so impressed with the group of people you have got together today, but lets go further. If there is anything we can do to make your campaign even more successful please ask. Don’t feel alone, there are a lot of people working on this with lots of positive actions taking place’.

Alistair Ewing from Ramsbury Estates offered some background into why tree guards are used and discussed the growing population of deer in the local area. He offered to supply any equipment, including tractors and trailers to help Class 6 remove the plastic around the village and to send off for recycling. He concluded it is a ‘very laudable event you are trying to do. If plastic carrier bags have been reduced by 80%, then you could make a real difference here. Keep the pressure on the consumers!’.

Good luck to Class 6 with their continued campaign. 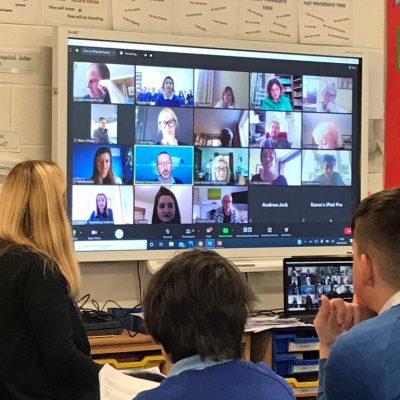 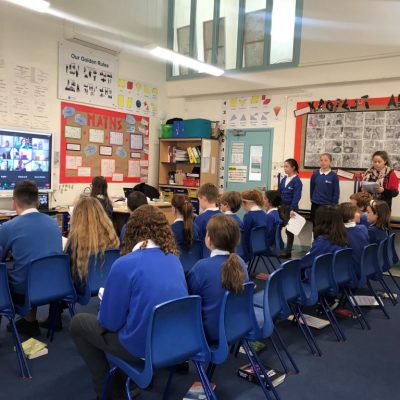 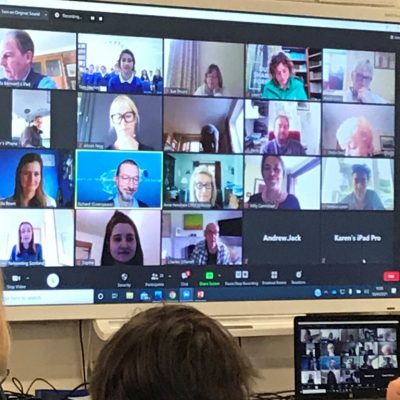 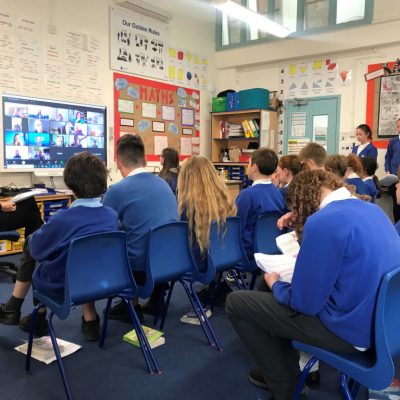 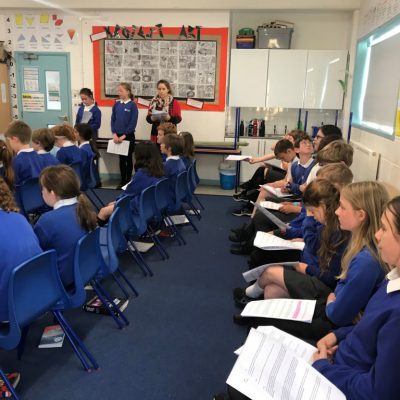 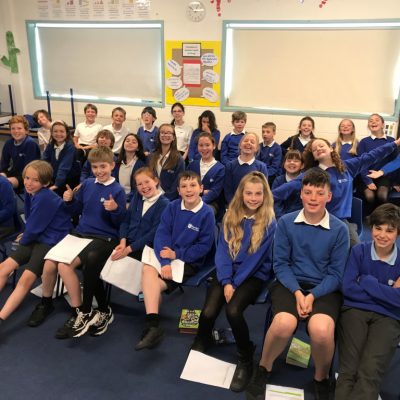